A truly French alto recorder at extra low pitch. So often modern recorder makers scale their Bressan alto model to 392 Hz. This works great as an all purpose low alto, indeed I do the same with my Stanesby alto! 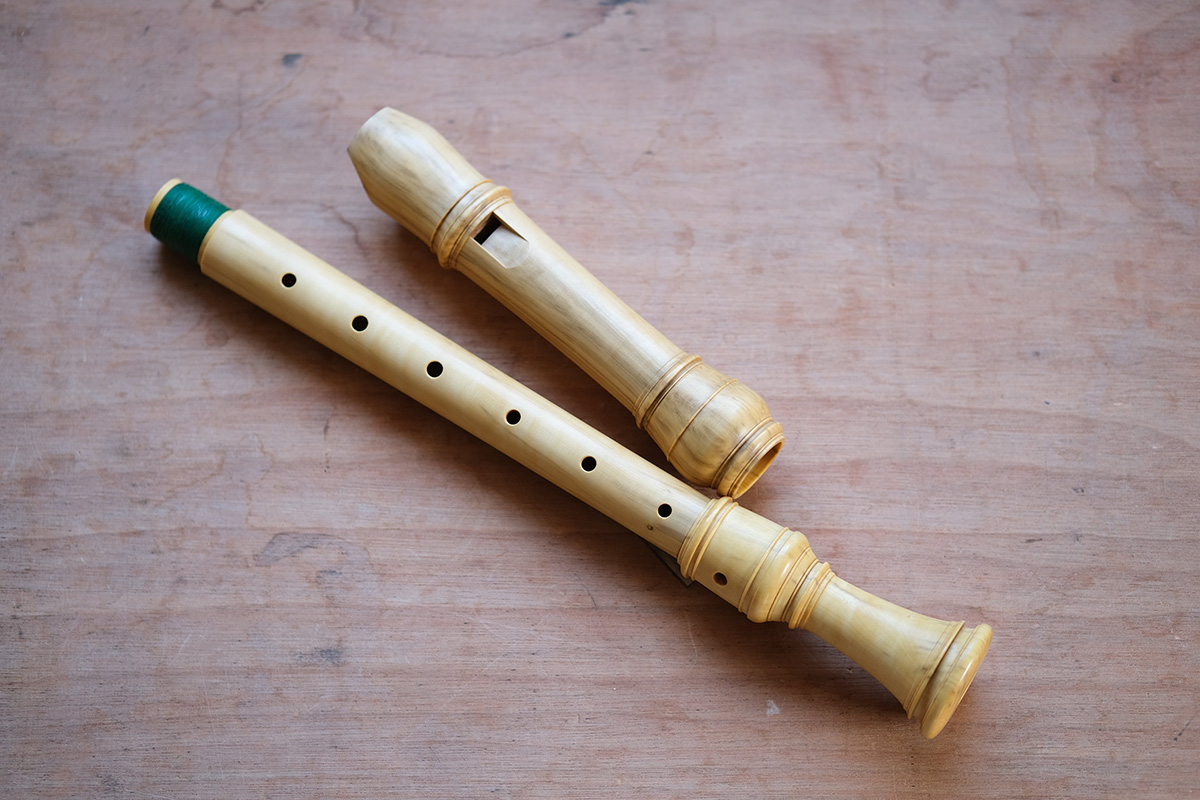 But there is something special about this originally low (398 Hz) alto after Rippert, both in appearance and sound. The turning has both German and English style elements, which reflects that the French were the first to make three piece baroque recorders, later followed by the rest of Europe. Typically French is that the head joint does not become much wider around the block line, causing the labium to be quite shallow and short. We see this also on recorders by Hotteterre. It makes the sound quite intimate, but easy flowing. The high notes come easy too. It goes without saying that single holes and Hotteterre fingering work beautifully on this recorder.